Skip to content
Cart
🚀Free shipping on orders over $30 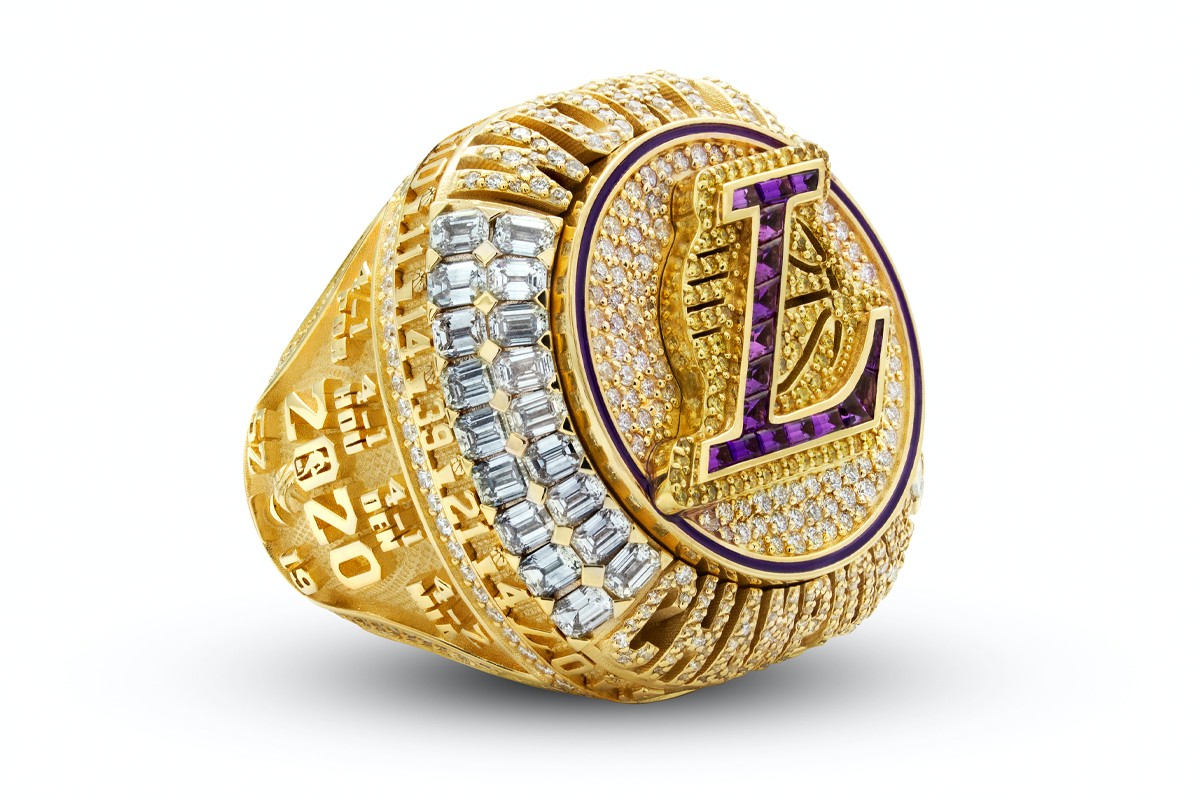 Ahead of the Los Angeles Lakers and Los Angles Clippers game opener, the Lakers received their 2020 NBA Championship rings. Due to COVID regulations, this year’s ceremony was unconventional. Rather than having the rings handed out by Lakers governor Jeanie Buss, the rings were presented on individual pedestals on the court, waiting for players to retrieve themselves.

Since no fans were allowed inside the building the Lakers had pre-recorded messages from the LA community, including UCLA Health first responders, to recognize all the staff and coaches as they received their rings. As for the players, Head Coach Frank Vogel, and General Manager Rob Pelinka, family members were sent in video greetings and introductions for when it was their turn to get their rings.

The Lakers organization commissioned LA-based jeweler, and designer of five NBA Championship rings, including the Lakers 2009 and 2010 rings, Jason of Beverly Hills, to create their 2020 NBA Championship ring. Known for his meticulous craftsmanship and one-of-a-kind pieces for prominent figures, Jason is always excited to take the challenge to push design norms. Usually, the ring takes three to four months to produce, however, this year, Jason had a short turn around time and completed the ring within four weeks. Not only did he complete the task on time, but Jason delivered a record-breaking ring to represent the momentous season. He brought in renowned streetwear designer Don C for the design process, the first collaboration of any sorts in championship ring history, setting new standards in the design department for championship rings to come.

The Los Angeles Lakers championship ring consists of 804 stones or 15.50 carats of white and yellow diamonds. Each part of the ring represents an important milestone, including the 17 Laker purple amethyst stones on the Lakers’ emblematic L and 17 trophies circling the ring, signifying the 17 championships won by the Lakers organization. The Amethysts are .95 carats, representing the 95 days the Lakers spent in the Orlando bubble last season, and .52 carats of yellow diamonds indicated the 52 regular-season wins. All the players’ numbers displayed in between the mini trophies and the regular-season record and result of each individual playoff series are noted on the sides of the ring. It should also be noted that this 16.45-carat ring has the highest carat weight and is the most expensive ring in NBA championship history.

As a tribute to Kobe Bryant‘s Mamba Mentality legacy, every player’s number has a mamba snake seen slithering behind it as well as the team motto in Lebron James‘ handwriting, Leave a Legacy visible at the side. The ring includes a hidden detail, first of its kind, in a removable top that exposes the Staples Center rafters of all the retired jerseys of Laker greats. Continuing to pay homage to the legendary Kobe Bryant, his jersey numbers 8 and 24 are emphasized and set on a snakeskin-texture background.